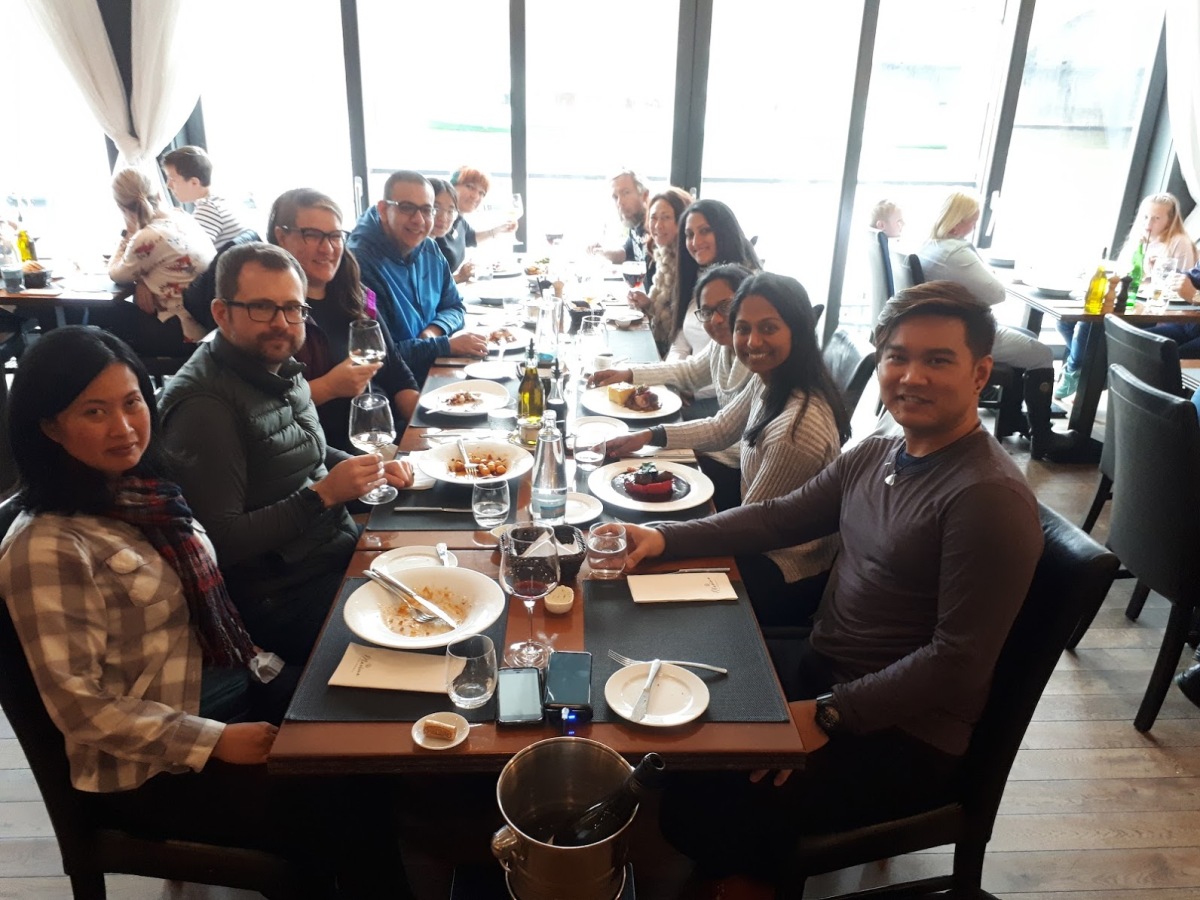 Wednesday the 19th December was Day 1 of our Eastern Europe G Adventures tour, starting in Berlin. For those that haven’t been on a group tour before, Day 1 is when you meet the rest of the group and your tour guide leads you in a Welcome and Here’s What You’re in For type of thing… and on this little two-week adventure we had the pleasure of spending Christmas together so our illustrious leader had arranged for a Secret Santa, so we were given Xmas cards with another (yet unknown) member of the group’s name to whom we would be providing our little ray of Christmas cheer to. Great idea I thought and with his instruction that he wanted us to make an effort to get to know that individual too I felt at ease that the tour guide had given some foresight to our trip but it wasn’t long before I started to doubt this presumption.

After our introductions, as is also customary, we had the option to head out to dinner together. We were told it was a traditional restaurant, not too far that played Jazz and for those so inclined they could dance the night away. Sounded interesting enough and as we’d planned already we were keen to go along and get a chance to acquaint ourselves with our fellow travellers, some (hopefully) good food and a few drinks. The first cracks started to show though as we seemed to walk aimlessly around Berlin streets with our illustrious leader asking us to stay in one spot whilst he toddled off to ask for directions. Luckily we were close enough because where we stopped was just outside the premises, through a little open area that during the summer months I imagined teamed with communal tables and chair, drunk herr and frau. 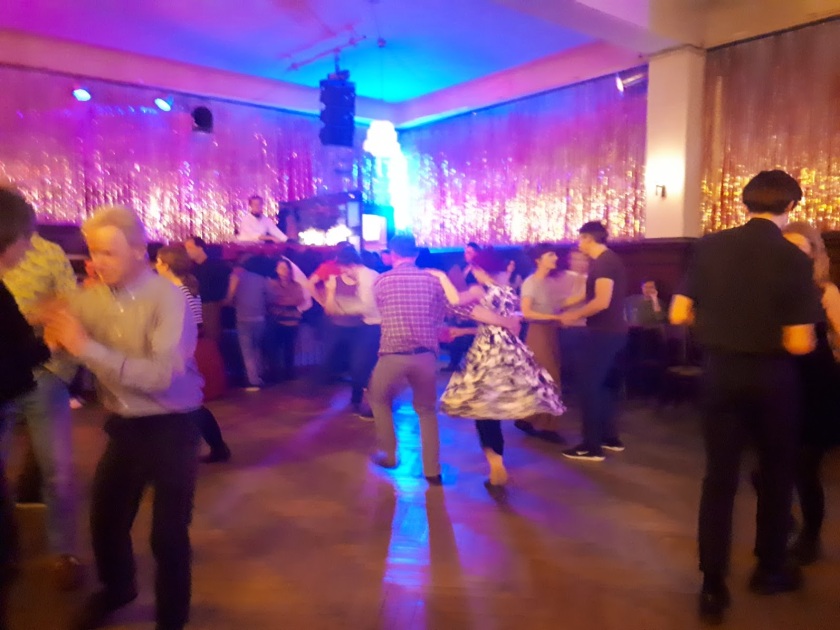 Day 2: We were unsure as to whether to brave the orientation given this first nights experience but with optimism we thought surely he had something worthwhile to share. Given the large amount of ‘optional’ activities listed on our tour information and with the promise that our CEO (as they’re called by G Adventures, standing for Chief Experience Officer) had even more ideas, we just needed to ask, we rocked up at the designated 0930 start. Only to have our CEO drag his heels, chat aimlessly to two other gullible’s – I mean travellers and actually get going closer to 1000 because I insisted we could walk and talk at the same time. At the train station we had to be further bemused by our illustrious leaders lack of interpretation skills of the ticketing machine and what platform to depart from. Directed to what we were told was going to be the best Christmas markets in the city we proceeded to arrive at a few stalls that I knew wasn’t where we were supposed to have been. As the day before we’d already frequented the markets which the CEO eventually, with some local directions again, managed to walk us to.

Our orientation continued around the outside of the markets as they weren’t yet open (surprise surprise) onto an area described as housing the historical architecture (deliberately reconstructed as such after the war) and the oldest church in the city that was untouched.  It was a lovely part of the city and I was glad we’d made it there but further dismayed at our CEO’s lack of what I would deem basic tour guide experience, given he walked us to an information board on the church and proceeded to READ it to us.  After persisting through a coffee shop stop that really didn’t need to be part of the orientation and then enduring a trip into a souvenir shop I’d had enough.  We advised the CEO (let’s call him Mark, to protect the name of the not so innocent) that we were off to do a bike tour, having spotted a sign close by the souvenir shop.  To which our other weary travellers departed, I heard later, shortly thereafter too.

I think at this point I’ll let you imagine what transpired on the rest of the tour.  It certainly makes the mind boggle but we never let it spoil our holiday and we made damn sure we tried to help the other travellers not let it ruin theirs either.  In fact that was one of the highlights from this little adventure, our group rallied to keep spirit’s high, laugh at the absurdity of the effort or lack thereof from Mark and simply choose how we would react to the situation.  Sure it was a challenge at times and at different points throughout the next 12 days someone in the group had a lot to say about how bad the experience was but that’s what galvanised us as a group, we were all going through it together and at the same time we made sure to remind each other of the wonderful places we were visiting, the beauty, history and adventures we were having.

Your mindset is exceptionally powerful and an aspect you have (if you choose) control over.  This little adventure that clearly missed the G spot on this occasion was just such an example.  Which is what I also want to make very clear, this was an unusual case.  I have been on a number of G Adventure tours and I highly recommend them – still do because at the end of the day I prefer to not throw out the baby with the bath water as they say, I choose the glass half full / it can be refilled type of mindset.  What I love about G Adventures tours that I tell everyone, is that they are small groups; this was the largest of them I’ve been on (16) usually it’s about 10-12 and the people we have met have been everything from 20’s to 60+ from all parts of the globe; personalities as you would expect vary but G people I’ve found understand travelling isn’t linear and the best bit is you use public transport to get around, enabling you to stay in some really cool accommodation in historical parts (where big buses can’t get to) and the other CEO’s I’ve experienced have been organised, researched and are passionate about travel and making your experience the best it can be.

As always though you have to make your own mind up, choose you’re own adventure and I wish you much happiness.  You could always choose your next adventure now… Heaven on Earth or Misery to Happiness.

It would also be awesome would if you could share with me your thoughts – you can add them below or engage me direct susie@mssusanne.com.au 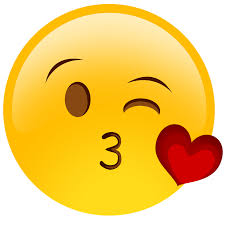 I believe my purpose in life is to drive changes in our society through community engagement, economic empowerment and personal growth. View all posts by Ms Susanne

3 thoughts on “Missed the G Spot”